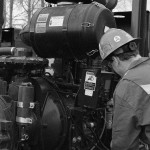 TWD was founded in 2012 and currently owns and operates two state-of-the-art telescopic double rigs. TWD’s clients include major oil and gas producers operating within Western Canada and TWD is focused on expanding their quality of service model through superior service and a value added approach to optimizing their customers drilling programs.

“At Twilight we are committed to growing a successful business based on the principles of exceptional customer service, uncompromising safety standards and operational excellence,” said John Rogers President of TWD. “We believe Resource will help us strengthen these key areas of our business and accelerate the growth of our company and shareholder value.”

This investment is RMC’s second completed transaction in the past 3 months. On July 29, 2015, RMC announced its investment in White Water Management, a water management company based in Grand Prairie, Alberta.

“Investing in Twilight reflects our desire to align ourselves with motivated, driven management teams that see opportunities to grow their business and increase market share in the near future,” said Chad Robinson, Director at RMC. “With Twilight’s strong track record, excellent reputation and top-notch assets, we feel this is a great opportunity and are excited to work with John Rogers and his team to further strengthen and expand the business.”

RMC also announces the addition of Dave Afseth to the Board of TWD. Dave brings over 35 years of drilling experience to TWD, most notably with Poco, Burlington and Conoco Phillips. Dave will add significant drilling acumen and experience and to the TWD operation.

Twilight Drilling Ltd (www.twilightdrilling.com) is a privately held Alberta based drilling contractor that operates two telescopic double rigs with a focus on the Western Canadian Sedimentary Basin. Twilight’s vision consists of a continued healthy and safe work environment for its employees while striving for continued growth and efficiencies of its operations.

If you would like to learn more about Resource Merchant Capital, please get in touch with us.